What I've been working on

I've been taking a break from my doll project to pay some attention to my etsy shop which has been a bit neglected lately. I realized that a few of my bestsellers have sold out and not been replaced, including my knit football and knit baseball and bat. I haven't started the ball and bat yet, but I did finish a couple of footballs. With one of them I tried adding stripes to the ends. I was surprised by how much I liked the new and improved football since it didn't seem like that big of a change. I love it when things are that easy! 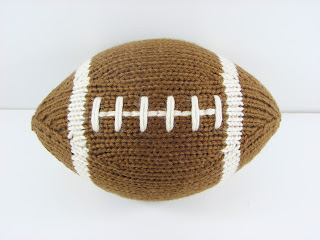 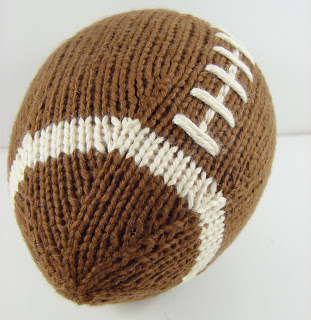 There are also some projects which I started several months ago that I've been working on finishing. These stuffed balls are one of those projects. 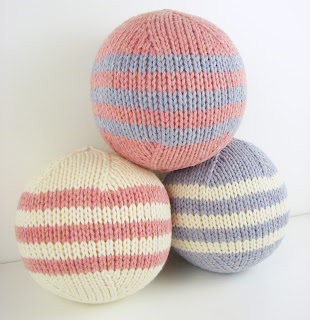 And they were so quick and easy that I decided to make another set with some bolder colors. I have fun picking the colors for these. There are so many different combinations. Since I already had a pink, green and white set in my etsy shop, and now have added the pink, purple and white set, I thought it would be good to have some that are a little less girly. 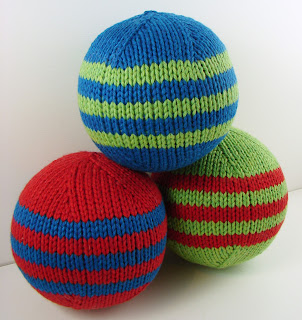 Thinking about the three color combinations got me thinking that I hadn't made a set of blocks in a while, so I got started on a pink and white set soon after finishing the stuffed balls. I'm not even finished assembling the pink set and have started knitting a blue, green and white set. 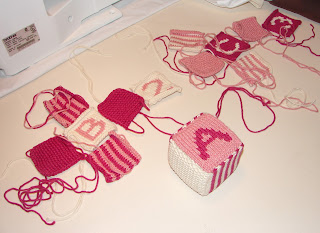 Back to sewing up the blocks. Maybe I'll get started on the ball and bat next before getting back to the dolls. So many fun things to work on!